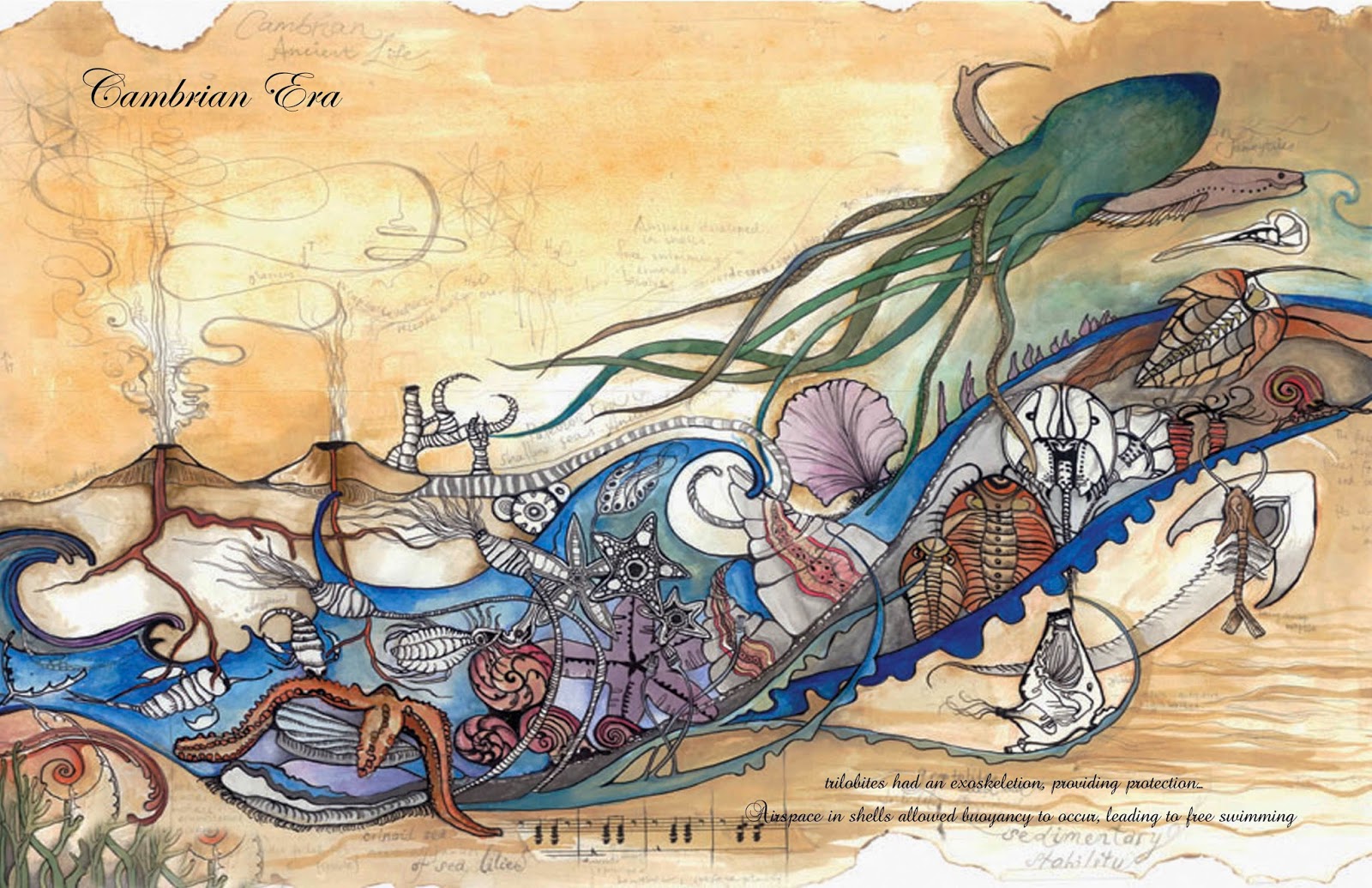 This lecture will be conducted by Professor Arne Thorshøj Nielsen, a palaeontologist working on Cambrian and Ordovician fossils at the Natural History Museum in Copenhagen. In this lecture we will discuss ancient biodiversity and the evolution of animal life with special focus on marine life. We will also discuss about fossils.

In previous lectures we have learned that life evolved during the Precambrian, maybe from as early as 3.8 billion years ago, but animal life as such did not evolve before the very end of the Precambrian. The Cambrian, starting at 541 million years ago, is characterized by the upcoming of hard shells in many different animal groups and this sparked a rapid evolution of animals. This event, spanning 20 million years, is referred to as the Cambrian explosion. 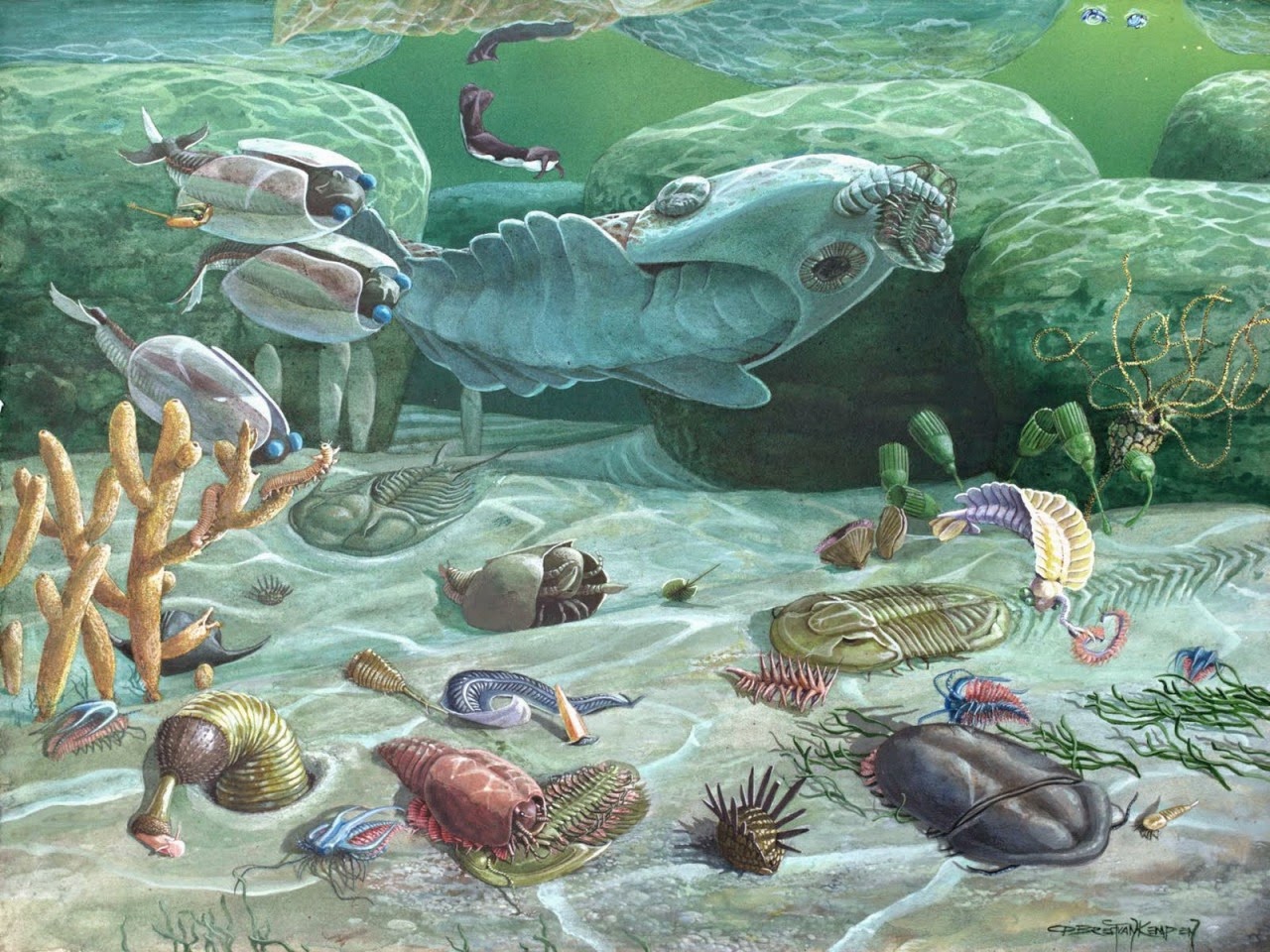 The present lecture deals with the major trends in evolution of animal life from the beginning of the Cambrian to the end of the Permian. That is from about 540 million years ago, when animals with a hard skeleton appeared, to the major mass extinction at the end of the Permian, approximately 250 million years ago when higher life forms on Earth was close to being wiped out entirely from existence on the surface of the planet. The modern world is teeming with life almost everywhere. It is unknown precisely how many animal species exist today, but some researchers estimate that we are dealing with approximately 1.5 million species and many, many more small undescribed forms. A little more than 200,000 animal species are presently described from the modern seas and oceans. The species richness of animals in an environment is referred to as the biodiversity.

With maybe about 1.5 million animals living on the planet today, it is obvious that one should expect the presence of many more fossil species in the geological record since there has been animal life on this planet for about 600 million years. It is reasonable to assume that several tens of millions of different species have existed through geological time, but the fact is that only a quarter of a million fossil species have been described so far.

Although many fossil species undoubtedly remain to be found and named, we will never come anywhere near describing the true number of species that have existed in the past. How come? Well, the problem is that most dead animals never become fossils, they are simply recycled by the environment. The soft tissue decays and the hard parts are usually broken down or dissolved.

It is therefore more the exception than the rule that a dead animal becomes a fossil. That said, animals with hard parts are obviously more likely to become fossilized than soft-bodied animals and the potential for being preserved as a fossil increases if the dead animal is rapidly buried by sediment.

Under very special circumstances a larger proportion of the fauna may be preserved as fossils, including forms without hard skeleton. Such rare fossil occurrences are referred to as Lagerstätten. Lagerstätten provide a unique window into ancient biodiversity, demonstrating how many different animals lived in the environment in the Cambrian. 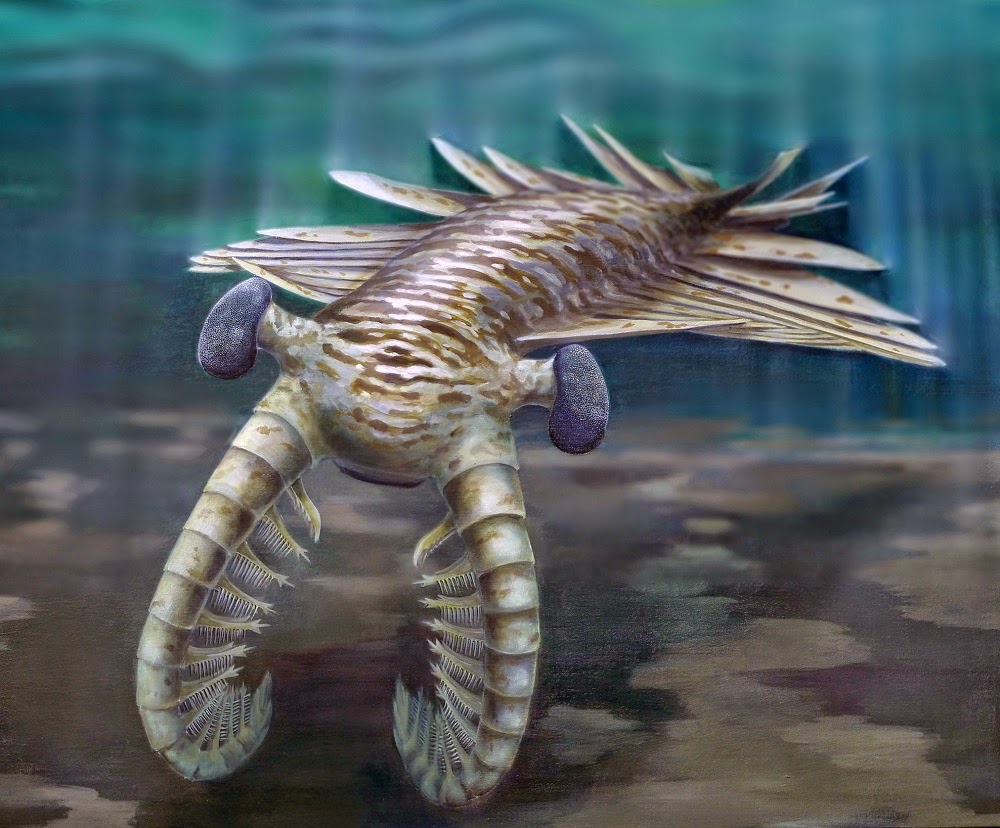 Three such localities are particularly famous namely the Chengjiang fauna in China, the Sirius Passet fauna in Greenland and the Burgess Shale in Canada. These fossil sites provide a unique glimpse of Cambrian biodiversities. At the same time they also demonstrate how few species that are actually preserved under normal circumstances. Based on the fossils found in the Burgess Shale, calculations have been made, showing that less than 15% of these animals would have been preserved as fossils under normal circumstances. This should be kept in mind evaluating the species richness of fossiliferous strata: Usually less than 15% of the species living in an environment may be anticipated preserved – that is, preferably those with hard parts. 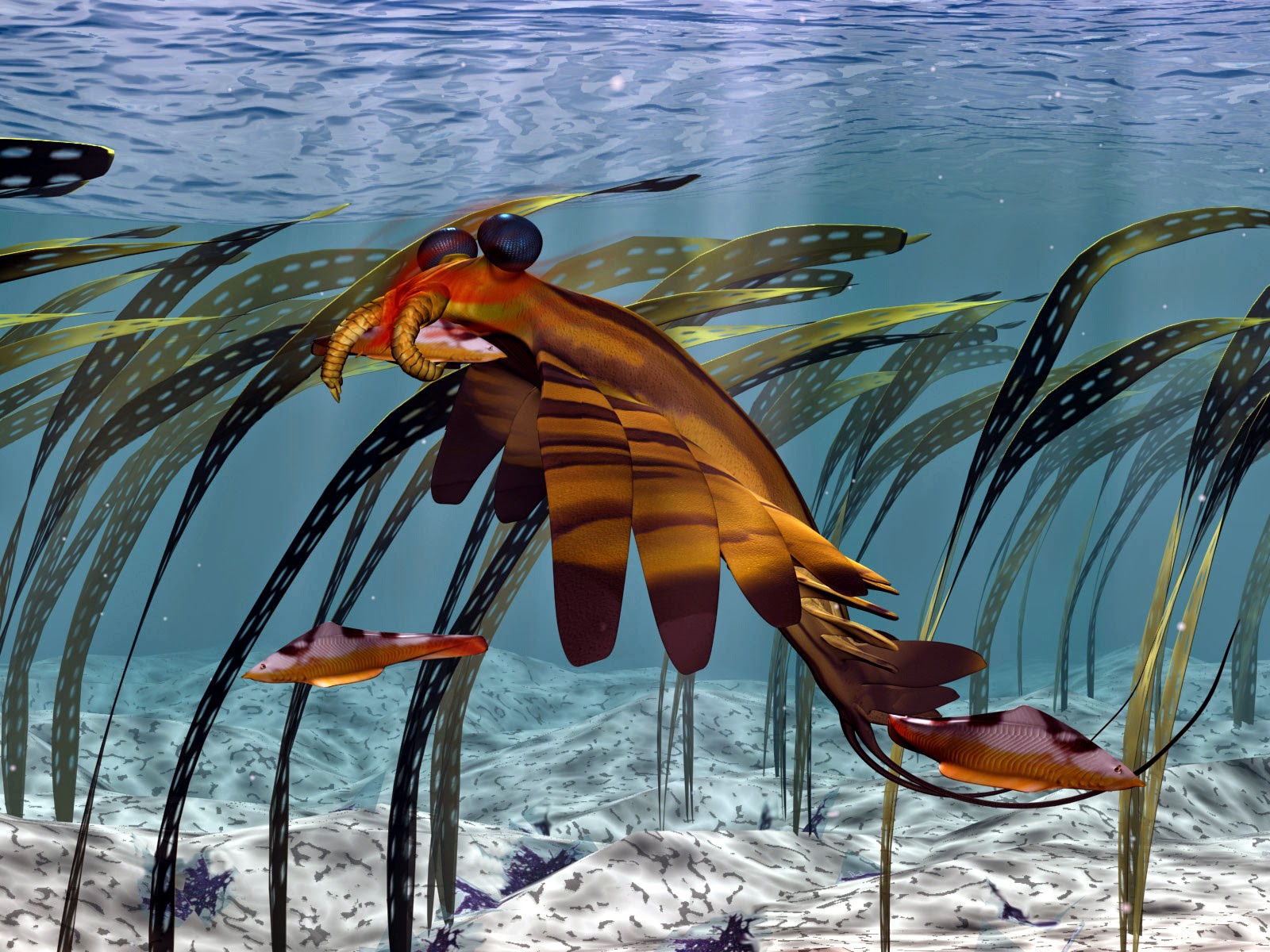 Analyzing the biodiversity of the past is therefore not an easy task. In spite of all the difficulties working with them, however, the incomplete fossil record pioneering work on ancient biodiversity was made by the American paleontologist Jack Sepkoski. He compiled known fossil taxa from the marine realm and recognized three so-called evolutionary faunas, named the Cambrian fauna, the Paleozoic fauna and the Modern fauna.

Overall the Sepkoski Diagram shows that the marine animals have become more and more diverse through time. It is, however, discussed among biologists and paleontologists how evolution works. Darwin predicted a slow, gradual evolution, with slow accumulation of beneficial mutations. Others have pointed out that this fits poorly with the fossil record, mostly showing rapid changes and long periods where no or only few changes take place. 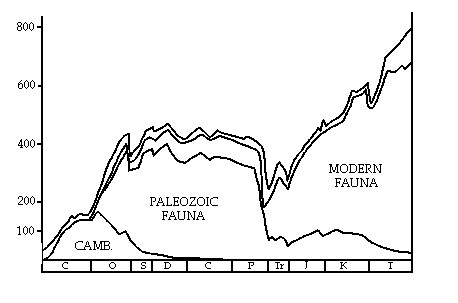 Fossil examples of gradual changes are actually rare. This school of paleontologists has suggested that evolution takes place in steps, so-called punctualistic evolution. They further suggest that evolution mostly takes place in small populations where mutations quickly can spread because of the limited number of individuals.

It is, in any case, obvious that mass extinctions recurrently wiped out a significant proportion of the fauna, allowing for development of news forms afterwards. A well-known example is the radiation of mammals after extinction of the dinosaurs at the end of the Cretaceous some 66 million years ago.